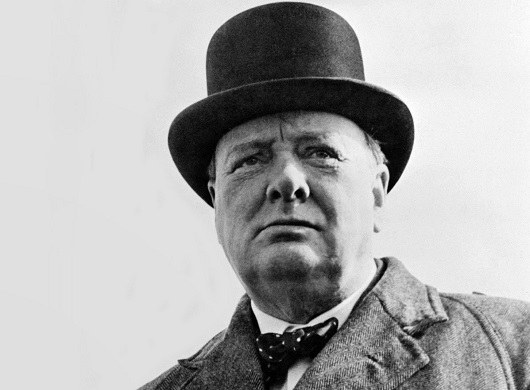 Following the Brits – with our eyes wide open

The deal spooked the grocery sector, but investors liked the idea with shares in both trading higher.

For years, Australian supermarkets have recruited Brits, closely following the latest trends in from Blighty. So what does the latest move in the UK mean for the Australian industry?

What we have established through trial and error, is that wholesale replication of the UK model in Australia does not work due to subtle cultural differences, and the comparatively enormous geography of Australia.

But to dismiss Tesco’s move as irrelevant to this market is to misunderstand how this deal could be good for business in Australia.

Bookers is a wholesaler that supplies 125,000 independent convenience stores as well as over 450,000 caterers including several major UK chains including the national prison service. It employs 13,000 people, turning a £155m operating profit from £5bn in sales.

As the UK’s largest cash and carry it has just over 200 stores across the Booker and Makro brands. Although not an owner, it also controls Premier (3,358 outlets), Londis (1,903 outlets), Family Shopper (52 outlets) and Budgens convenience stores (150 stores), by selling them a large proportion of their stock and supporting a whole range of other services including marketing. These make up about 50% of its retail trade.

Why is Tesco buying?

The deal allows Tesco to expand further and faster in the convenience market, which is growing more rapidly than supermarkets in both the UK and Australia.

In the UK “out-of-home” food consumption is market is worth about £85bn, growing well alongside in-home deliveries, the purchase gives Tesco a share of this pie and access to the market.

Tesco claims it will give its suppliers more customers to sell to, while giving independent retailers more choice. It also thinks it can cut down on food waste by making the supply chain from farm to retailer more efficient.

The tie-up with Booker also add 5,400 stores to Tesco’s existing network of nearly 3,000 small stores. It gives more clout with suppliers, supplementing Tesco’s current £45bn of buying power by about £2bn-£3bn. It should also provide cost savings through a merged distribution model and other operational synergies.

Would it work in Australia?

In Australia, the convenience channel has outpaced the growth of the grocery channel every year since 2012, recording sales growth of 3.7% in 2015.

Woolworths recently announced it is selling all of its 527 petrol stations, however a core part of the deal involves the operation of convenience stores at the service stations, with BP to trial the Woolworths Metro format at its service stations prior to committing to rolling them out across 200 locations.

Coles continued growth in its convenience store sales, where it increased by 7.4 per cent in the first quarter of 2017. Wesfarmers said the growth in convenience was driven by improvements in food-to-go and the introduction of supermarket pricing. Coles Express opened two new sites in the quarter to a total of 692.

The convenience race has begun, the question must be how could a retailer create the synergies in Australia?

Historically, more stores equals more sales. The diversification in channels means the first element of the equation is obsolete, more points of sale equals more sales now. It is also clear the retailers do not need to own or brand the channel to supply into it.

The Australian market has stumbled in the fresh prepared market growth for years, with a dispersed supply base and geographical challenges to overcome, the industry has almost given up on fresh, even when consumer research and global trends say it can only win!

A key challenge is distribution costs and how the retailers supply chains are designed for volume not speed. Direct-to-store is common in the fresh model due to the retailers networks being designed for pallet volumes and a lower in-store replenishment cycle. This means life on shelf and minimum order quantities drive in-store waste.

One of the potential attractions for a retailer would be the access to a leaner supply chain, designed for smaller, more frequent delivers.  An efficient fresh model could be back on the table if a leading “fresh” operation is established with running an increased density in drops by including supermarkets, convenience retailer owned and wholesale to restaurants and caterers.

With a population of only 23 million, scale in procurement and manufacturing can only be reached by scale in sale in Australia, New channels could drive the buying power versus the multinationals further, it could also boost manufacturers efficiencies in the supply chain and production process, reducing the end cost for the consumer while offering better choice to the convenience channels.

In Australia, private label is under traded compared to the global markets. Part of the cause of this may be related to the fact that the scale in volume is not there for the manufacturer to deliver on price, creating more channels for private-label products could drive efficiencies and scale the manufacturers need to make private label hum. Selling a major retailer’s own label in the local store is unlikely, therefore we could see own labels becoming brands, as they are in Aldi, to allow this to occur, or perhaps identical products produced under two labels.

Stick to your bread and butter

Diversifying your business is fine, presuming you have a winning strategy in the new sector – your expertise is somewhat transferable and there are some synergies to be realised. Tesco buying Bookers is a diversification only in channel and market – the core competencies and intrinsic sector knowledge already exists. For Australian retailers who are seeking to grow, staying within their sphere of influence may be more appealing than a DIY store right now.

Armed with this information, Australian retailers could follow the UK lead in confidence the wins in Australia could be bigger than the UK.

What is the risk?

The Tesco deal, has resulted in the resignation of a senior director at the supermarket. Richard Cousins, one of the FTSE’s most respected bosses, who resigned from the board of Tesco in protest at the plan to buy Booker. It is believed Cousins felt the deal was too complex and was pushing for Tesco to simplify its operations instead of expanding. The same question could be raised in Australia; although some would suggest a move like this in Australia may in fact simplify the supply chain for a retailer.

The final questions would be the competition regulator. Tesco CEO Dave Lewis said his main competition concern around the deal would be the fear that a combination of Britain’s biggest supermarket and the top food wholesaler to local shops could strong-arm suppliers on pricing.

Australia might not have a Bookers equivalent, with the exception of MetCash which is already closer to this model – meaning to replicate the UK move there may be the need for multiple acquisitions.  So would the retailer be better focusing on the supply chain gains and not the stores; stores and not the supply chains; or both piecing together a set of acquisitions be the holy grail to get ahead in Fresh, Convenience and the “out of home” market?

This article was first published on Inside FMCG – https://insidefmcg.com.au/2017/02/07/following-the-brits-with-our-eyes-wide-open/