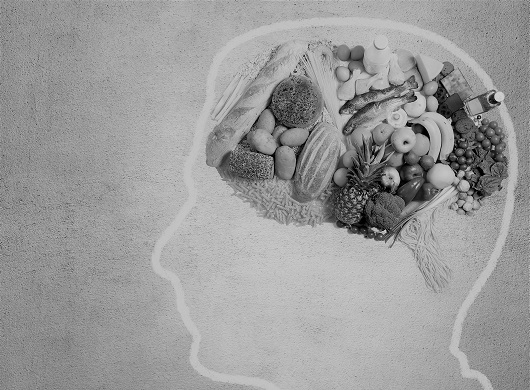 In May, Pollen Consulting Group held an event in Sydney where key industry leaders met to discuss how collaboration and co-creation could lead to a better ROI. Apart from the interesting debate that ensued, the conversations afterwards were positive, but CEO Paul Eastwood admits that his company has not tried anything like this before, and it brought up some interesting views on collaboration. “It was our first foray into getting people together and seeing how people would respond,” he said. “I don’t think we really went in with a knowing understanding of what was going to come out of it – we went in with an ‘it would be good to get people talking about these things and see what happens’ kind of attitude. “We thought that after the event anyone who came out of there would ring us up and say, ‘can you come and talk to us about all this great stuff’, but it didn’t necessarily happen that way. What we did find, from the feedback and having chats with people afterwards, was that it got people thinking and it got people realising they may need to really start doing things differently. “I think that was the interesting takeaway for me, that I don’t think people have really got their heads around what and how the world of technology and information and analytics is going to actually change their industry. And I’m not even sure the people who have all the data and analytics really actually know how it’s going to change the industry, either. But I think everyone has come to the realisation that it’s going to. “There was quite an exciting buzz around people starting to have those conversations. One of the panelists made a very good point when he said, ‘you’ve just got to start it’, and I think what we’ve got to do is get people having those conversations and trying stuff. “Some of them have got the idea that there might be something in collaboration, but I wouldn’t say they’re firing on all cylinders on it or doing it particularly well. I think there’s still a trust gap, particularly with retailers and suppliers, and there always will be. “I think businesses really thought they could look sideways at other businesses that have the same challenges that they have, and how they work, to collaborate not necessarily on a sale or a cost, but on an insight or a way of working where they don’t compete. So I don’t think they’re looking at that side of it when they need to.”

With omnichannel a much discussed topic as many in the retail industry are having to consider online as well as bricks and mortar, what would Mr Eastwood’s advice be for companies desperately trying to hold on to bricks-and-mortar operations and not moving online? Are they losing out? “Speaking purely within the space that I know, I think ‘yes’ is a broad answer,” he said. “Of course you’re losing out; if there’s a new sales channel that you’re not able to access, then you’re missing a sale. “But, I’d also say I don’t think every business should just be jumping down the route of online selling. Ultimately, it comes with a lot of cost, and until the cost model is sorted, I think there’s probably a few people sitting around the sidelines who know that they could go into omnichannel, but smartly realise it’s not costing them anything to be there and they’ll enter it when the economics bit makes sense. “I like to think that’s what people are doing. Whether or not they’re doing it with their eyes open or closed is probably a different question. But until they can get the average basket size up to make home delivery successful, there’s a sensible reason for not being in it. “If you look at the takeaway-meals guys, they’re selling their products for the same amount they’re spending on them, but they’re giving away 30 per cent to the companies delivering the food for them. If they’re already at 30 per cent gross margin, I’d be surprised if they’re making money; they’re probably losing it. “But dark kitchens are coming; that’s pretty smart, as it takes out corporation costs. Also, within these dark kitchens, there are some that are making multiple brands within one kitchen, which means they’re getting their efficiencies. If they could find a way to increase the basket size, I think that would be impressive. “What I mean by this is, they could be like, ‘Oh, you’ve ordered pizza tonight, Paul, would you also like us to deliver you your monthly supply of washing powder and liquid and your basics?’. This then suddenly sets the basket size, which then makes the delivery of my pizza economical. Or it says, ‘Ah, Paul, you’ve said you want dinner tonight; well, David, John, Kevin, Alison, Jane and Joe, who also live in your area, are going to have pizza at 7:30, so if you order pizza at 7:30 from here, we can give you the delivery for free’. “This is where I think that the collaborating bit and the uniqueness in the supplier comes into omnichannel. Some people are in it because they need to be in it and they’re leading the market. There are some people that aren’t in it because they’re waiting, but I think they’re the few. There are some people who probably don’t know whether they should be in it or not and don’t have a plan; this is probably a more worrying space to be in.”

Mr Eastwood, asked about how Pollen could help companies reduce their supplychain cost, says much of it is down to understanding the end-to-end costs. “We’ve done quite a lot of work with businesses mapping their distribution networks and understanding, not necessarily where the best distribution network is, but often, what the best manufacturing network is,” he said. “You’ve got a choice. You can have a big factory running very efficiently with a lot of supply-chain cost. Or you can have lots of small factories at a reduced supply-chain cost. “I think it depends on the industry, the sector and also on the cost of capital. If you’ve got a highly automated factory and your processing costs a lot of investment to set up a single factory, you probably want to be manufacturing it at a single point. But I think what businesses never really do is understand at which point that changes the dynamic. In particular, what’s the best location for the factories and how do they map their distribution? “I think the other one is understanding the end-to-end cost. There’s a lot of talk in the fresh space asking whether it’s more efficient to deliver every day. No, it probably costs more money. But if I deliver every day, and I see no waste because the product is fresh and it’s on the shelf, is the cost of the waste higher than the cost of delivery every day? “Where businesses always work in isolation, as a manufacturer, I want to make it less frequently and make more, because I can be more efficient; as a retailer, I want it as fresh as possible, so it lasts as long as possible on the shelf. Those two elements aren’t compatible, and the less businesses collaborate, unless they each are open about what their true cost of each option is, you’re never really going to see anything get solved. “I think that’s the bit when we talk about collaboration. It’s not necessarily about how can you help every bit of every business, but what are the decision layoffs and how do you have an open conversation about them? That’s the thing we can help with. We can say to them, what are your weigh-offs through your supply chain and what decisions do you really need to make?”